Eric vs the snake

I hate snakes. Nothing about them I like. Thanks to long ago sister Eve. You can tell me all the good statistics of how this snake eats rodents, and this snake scares off or eats poisonous snakes. Whatever. I don't care. The only good snake is a DEAD snake. Period. End of story. Hideous things.
So we have had at least ten bushes pulled out in anticipation of planting flowers, LOTS of flowers. Forget hedges that do not do anything. I want color. So today, we rented a tiller from Home Depot, and were tilling the front left flower bed in anticipation of flower planting (hopefully Tuesday!). Things were going along swimmingly. We were making tons of progress, it was a beautiful afternoon, kinda breezy but still nice. I was getting into this whole 'enjoy God's creation' thing. 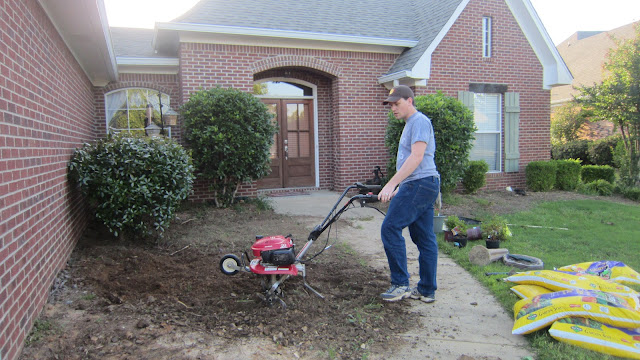 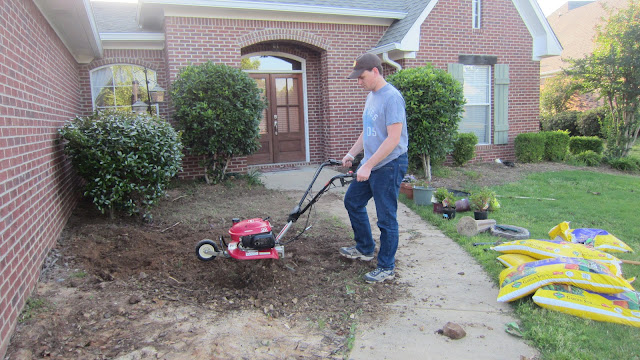 Dirt going everywhere. Power tools for Eric. Its all fun and games til someone loses a toe. I'm just saying. Anyway, all appendages accounted for still. So Eric is getting close to the downspout and decides he should move the downspout extender thingy. What is under the extender thingy? A snake. A yucky, scary snake. It zooms under the last remaining corner bush. Durn thing. So Eric, being my brave defender, gets the garden rake and decides to scare it out from under the bush. 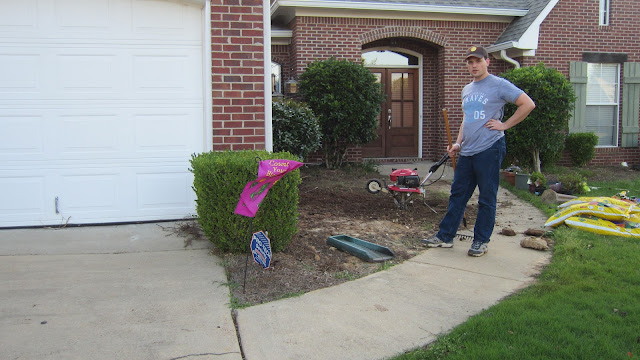 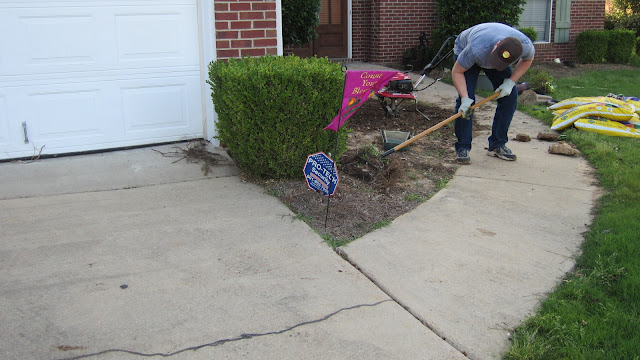 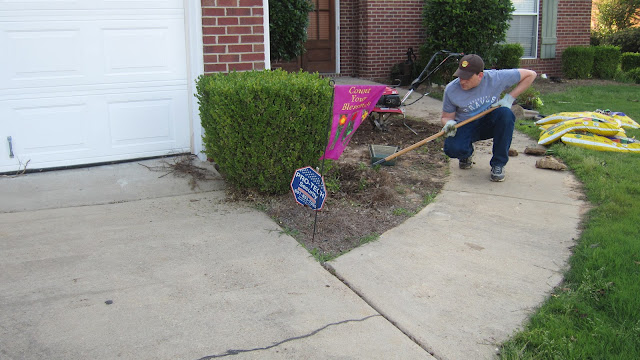 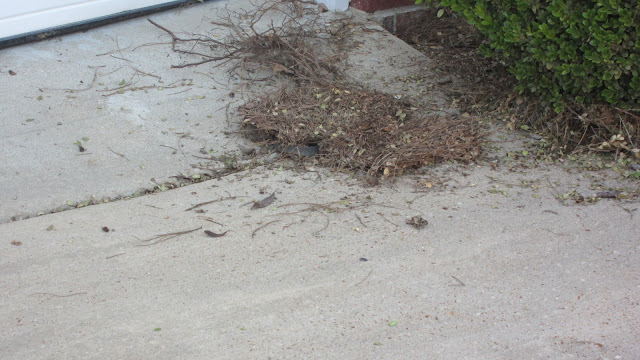 You can see the side of him on the left side of the pine straw pile. So I had to stand and watch him while Eric went and got a box. We figured it was a garden snake and probably harmless, but I would rather not have him around my flowers when I am planting. Not gonna let him scare off willing flower planting helpers. I have 70 some bulbs/plants to plant.
So, I watched the pile of pine straw like a hawk. From a nice reasonable distance of, oh, ten to fifteen feet away. Gotta love the zoom on my camera.
Eric comes back out with the box. He is just so brave. 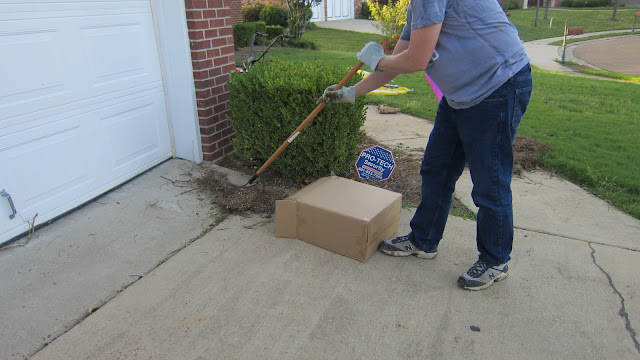 He simply side the snake right into the box, and flipped the box upright. 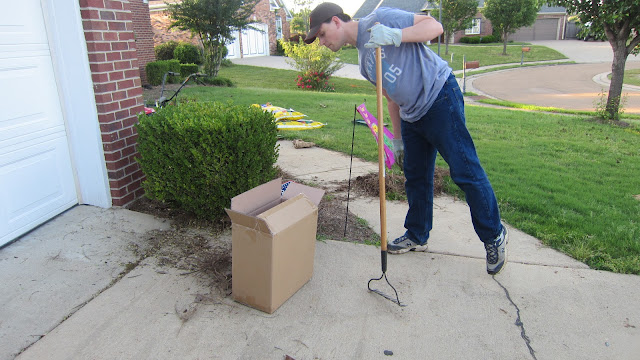 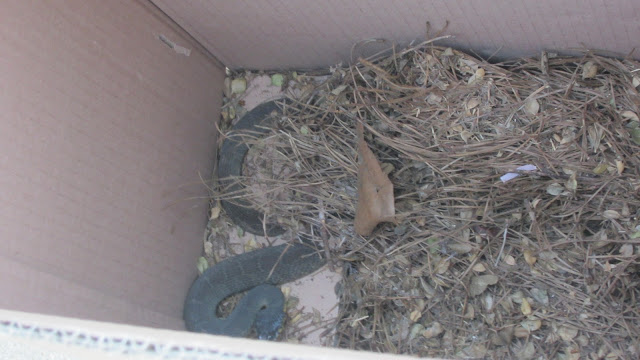 So, I was really brave and came up close enough to peek over the side of the box to take Mr Snake's picture, fairly convinced that it was a harmless garden snake. One look at his head and I was very concerned. It was diamond shaped. Umm, I was both a girl scout and by association of my scout-leader parents and boy scout brother, a honorary boy scout as well. What I recalled about snake identification said that round heads=non poisonous & diamond shaped heads= poisonous. I told Eric we needed to shut the lid. About the time Eric was going to do that, the snake made a darting motion toward the top of the box. We both jumped about a foot straight up. Eric used the rake to close the box lid and I went for the tape. Tape. We needed LOTS of tape. No air-holes here! No sir! Just a little more tape please!

When the box was completely sealed and re-sealed, then we looked at each other. Now what? Originally we were going to take the garden snake to a wooded area and 'relocate' him. Now that I saw he was potentially poisonous, we couldn't do that! So, I called some good friends who lived close-by and they said to bring the snake over and they would kill it. Brave souls. So we did, and they did. Upon closer inspection after the beheading on our friend's driveway, the husband ascertained that it was NOT a poisonous snake. Instead, we have determined it is a banded water snake, who knows how to make his head flatten in self-defense so people leave him alone. Well, he had me convinced he was a danger and in reality he wasn't. Still, I don't want him in my yard, thank you very much.

That was our excitement for the day, leaving out how the snake jumped in the air across the driveway at our friend's house, and how their daughter and I screamed really well. Just testing our um, vocal range. Yeah, that's it.

~Kristina
Posted by Unknown at 9:22 PM