Ahhh, Cheesecake. My great love. Along with a lot of other food items that are equally unhealthy. *sigh* Well, what do you do? God gave me tastebuds that enjoy food. Would it be rather unthankful to not enjoy the gift of taste? I mean really. We are supposed to be thankful, right? Maybe I am not so thankful for things like brussel sprouts or lima beans. Then being extra-thankful for things like chocolate or cheesecake is needed, doncha think? It just stands to reason. But I digress.
Anyway, I found several recipes on Pinterest for nutella desserts. Everything from making your own nutella chips (that i want to try sometime), to cheesecake & nutella mixed together in several forms. Oh yes, I thought, that just makes sense! How could you go wrong with two delicious and unhealthy foods like that? So, my brain had been mulling things around, wondering just how to go about creating my own heart attack waiting to happen dessert. I'm good at that kind of thing.
First, a basic cheesecake mix, which means egg, vanilla, sugar and cream cheese. Easy enough. 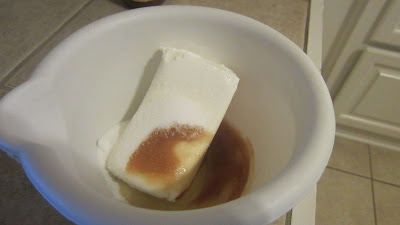 Then, I grabbed two tubes of crescent roll dough. 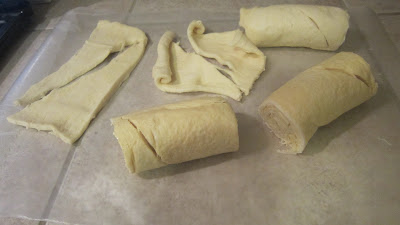 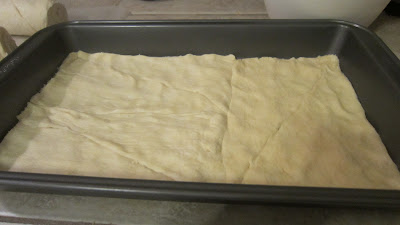 One tube became my bottom layer. Depending on your pan size, it might take less or more. I ended up with an extra square (two triangles) left over. I wasn't overly distressed by that. Just FYI.
Then I spread about 1 C of Nutella on top of the crescent rolls. Forget paying full price for brand name nutella. The Kroger store brand is way better!! 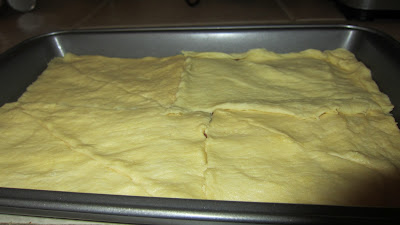 Then I layered the other tube of crescent rolls on top of the nutella. 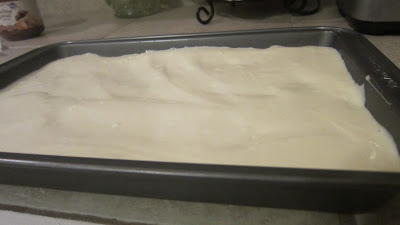 Then it was time to bake that heavenly if not healthy concoction. 350 for about 20 minutes did the trick. Here it is, all golden and delicious looking! 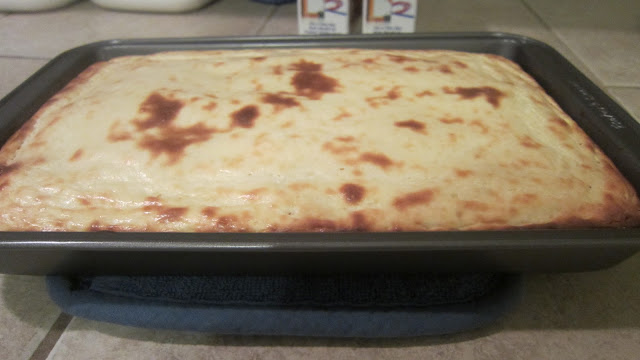 I am waiting on Eric to get home to cut into this bad boy. In the meantime, my nose is enjoying the fragrance of cheesecake and chocolate. My taste buds are anxious to be thankful.

Directions:
In a mixing bowl, beat the cream cheese, sugar and egg until creamy. Unroll the crescent rolls and separate into triangles. Press two triangles together to form a rectangle. Fill bottom of pan with crescent roll squares. Top with nutella. Place another layer of crescent rolls on top of the nutella. Top with cheesecake mixture. Bake at 350* for about 20 minutes, until middle is set and starting to get golden brown. Let cool on a wire rack. Cool to room temperature. Cut into squares and serve. Refrigerate leftovers.
Posted by Unknown at 11:04 PM