Puffin= Pancake muffin.
Oh yes, it is amazing. You are intrigued, admit it. I know I was.

So as always, google and I had some fun checking out several versions and reading about them.

So you can go the long road and use a from scratch recipe, or you can go the easy way and use bisquick (or a pancake mix!) I opted for bisquick, since that was what I had on hand.

Bisquick, milk, egg, syrup and vanilla. It was just that simple.

So, I halved the recipe I decided to go with, since it was just for Eric and I. I cannot leave well enough alone, and had to tweak the recipe. The original called for just bisquick, egg, milk and syrup. I love the flavor of vanilla in baked goods, and if I indeed made pancakes, there would most certainly be some vanilla involved!

I didn't want to screw up the ratio of dry to wet ingredients, so I added the tablespoon of vanilla to the 1/2 measuring cup, and then filled it up with the syrup.

That was a side-bar. Anyway, the puffins were adorable, even before baking. 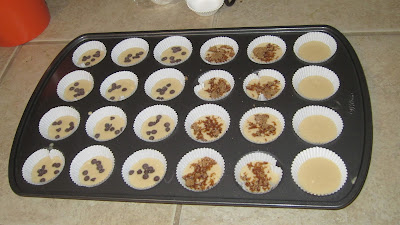 You can add any sort of toppings that tickle your fancy. In this case, I added mini chocolate chips for Eric, and crumbles of brown sugar for myself, and a few left plain, just because. :)
I baked at 350 for about 10 minutes. 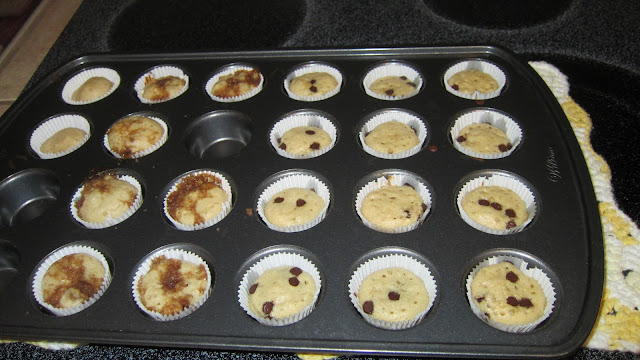 So they cooked really nicely. And as you can see, they were also tasty. However, here was the issue- 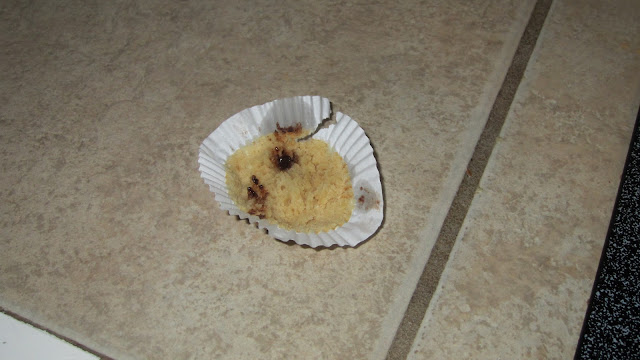 The puffins stuck to their muffin papers like there was no tomorrow! #epicfail
So, since I had just received a text from Eric saying he was running late leaving the station after the news, I threw another batch together. I was out of brown sugar this time, and I felt the plain ones I had tried were too plain, so all of the second batch got a topping of mini chocolate chips. And this time I used pan spray on the muffin liners! :) 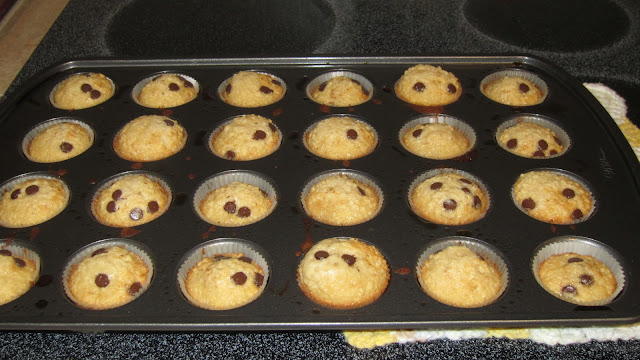 I was pulling them out of the oven just a few minutes after Eric arrived home, so it all ended beautifully. We both enjoyed them very much. I used the left over icing from the Cinnamon Roll Cheesecake Bake and mixed it with some syrup for dipping purposes. They really were very tasty and warm and pleasing. Between Eric and I we ate about 14 of them for supper. Don't judge. By the end, we were both on sugar overload.

"Mmmm, mmmm. Very yummy. I enjoyed the maple-sweet flavor. Have a salty snack on standby!" ~ Eric

Directions: Mix all ingredients together. Batter will be fairly runny and have some lumps. This is ok. Line muffin pan with papers, and SPRAY them to keep the puffins from sticking!!!! Fill muffin cups ¾ full. Top as desired. Bake @350 for 10 min, or until toothpick inserted comes out clean.
Posted by Unknown at 9:04 PM